The Aussie sponge cake with a chocolate/coconutty covering, masking the secrets of its controversial origins.

From its origin story to the debate over raspberry sauce or chocolate the Lamington, one of Australia’s most loved cakes has a contentious backstory.

Debate continues to rage on as to the origins of the Lamington with Australia and New Zealand taking up their respective corners in the world cake smackdown to be crowned the rightful owners of this mouthwatering cake.

Birth of a Baked Bonne Bouche

Many sources state that Lamington’s were named after Lord Lamington, the British born Governor to Queensland from 1896 to 1901. But who created the moreish cake?

Some experts suggest that the Lamington was a happy accident when his (or Lady Lamington’s) maidservant (all hail to the maid) dropped a sponge cake into melted chocolate (bet she sampled the first one).

So the pesky maid ‘invented’ a chocolate-smeared sponge cake (yummers) but how did it get its fluffy coconutty covering? This is where Lord lamington (LL) put his oar in (cause let’s face it, it’s all been about the maid so far, and her name is unfortunately lost to the annals of history), but crafty LL asked for the sponges to be covered in desiccated coconut to prevent sticky fingers and was reported to have later called them “those bloody poofy woolly biscuits”.

An alternative origin story and one supported by Lady Lamington’s memoirs is that it was LL’s chef, Armand Galland who invented the Lamington. Being called on at short notice to serve something sweet to guests, he reportedly dipped french vanilla sponge cake into chocolate and then added the desiccated coconut topping.

How did these woolly biscuits (it’s not a biscuit it’s a cake — yes yes I hear you shout) come to such acclaim? The earliest public reference to Lamington cake appeared in an 1896 newspaper article about a function in Queensland to honour LL where tea and cake were served, all adopting the moniker of their owner Lord Lamington.

Then in 1900 a recipe for Lamington cake popped up in Queensland Country Life, in 1901 it appeared in a Sydney newspaper and in 1902 it headed across the waters to make its first appearance in a New Zealand newspaper. However, none provided provenance of the recipe’s owner or origins and the earliest known reference linking Lord Lamington to the tasty delight wasn’t to appear until 1927.

And there we would leave our story, clearly basing its provenance in Australia until a Guardian article in 2014 claims that the Lamington was invented in New Zealand and was called a Wellington. Research published by the University of Auckland detailing analysis of 19th-century watercolours and in particular a piece by New Zealand artist JR Smythe, dated 1888 reveals a partially eaten Lamington in a cottage overlooking Wellington Harbour.

Adding to the speculation, a review of archive records indicate that Lord Lamington took a trip to Wellington in 1895 before assuming his role as Governor of Queensland and an article in the New Zealand Herald stated that ‘Lamington was “much taken with the local sweets provided him by local bakers’ which included a ‘Wellington — a double sponge dessert, dressed in shavings of coconut intended to imitate the snow-capped mountains of New Zealand’.

It would seem that the Lamington’s inception remains shrouded in mystery and its origins aren’t the only fact open for debate. Much like our beloved cream tea, there remains discussion over whether the base of a Lamington is a butter or sponge cake, if the coating is melted chocolate or raspberry sauce and even if the Lammo should have a jam or cream layer in the middle.

Regardless of its murky history or delicious varieties it is without a doubt one of Australia’s most loved sweet delicacies and remains a popular choice with our antipodean cousins, receiving its own celebration day in 2006 and celebrated every July 21st. With no excuses needed to sample this contentious cake, why not try out Claire Clark’s recipe, which can be found at ……… and get yourself some awesome Aussie afternoon treats. 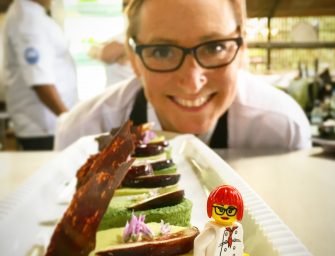 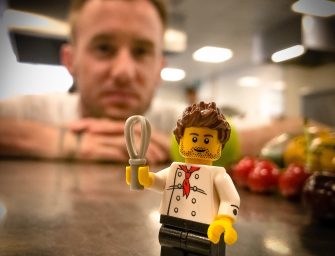