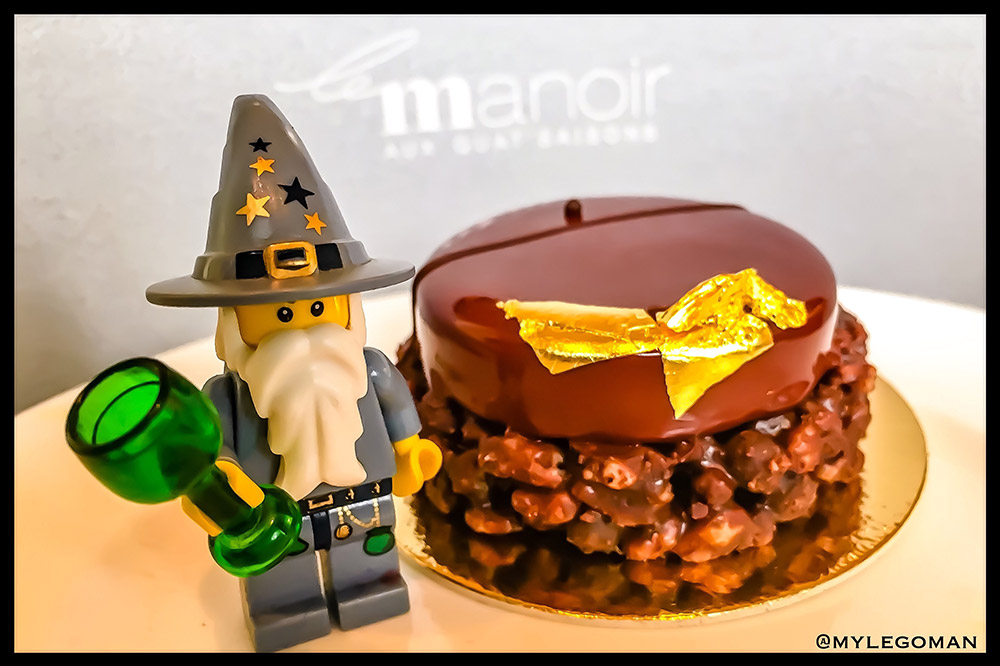 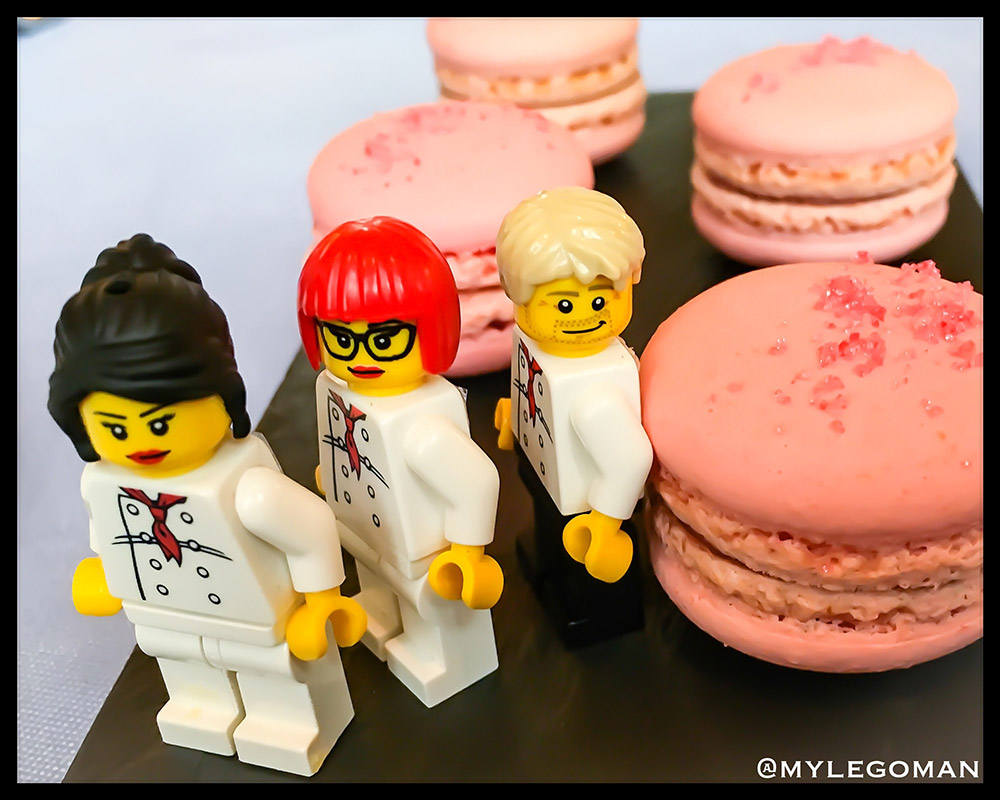 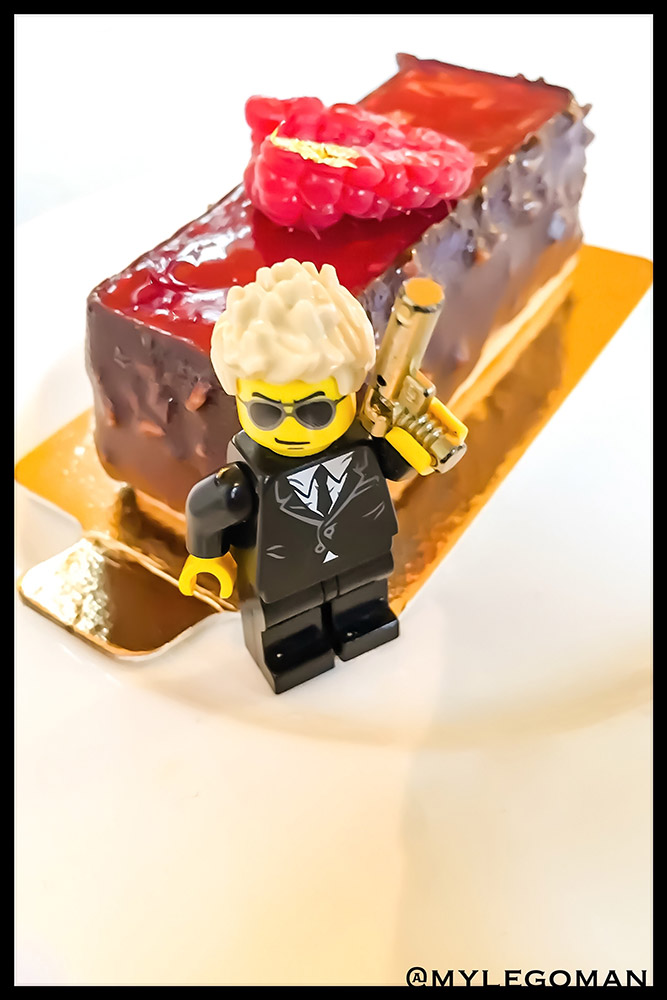 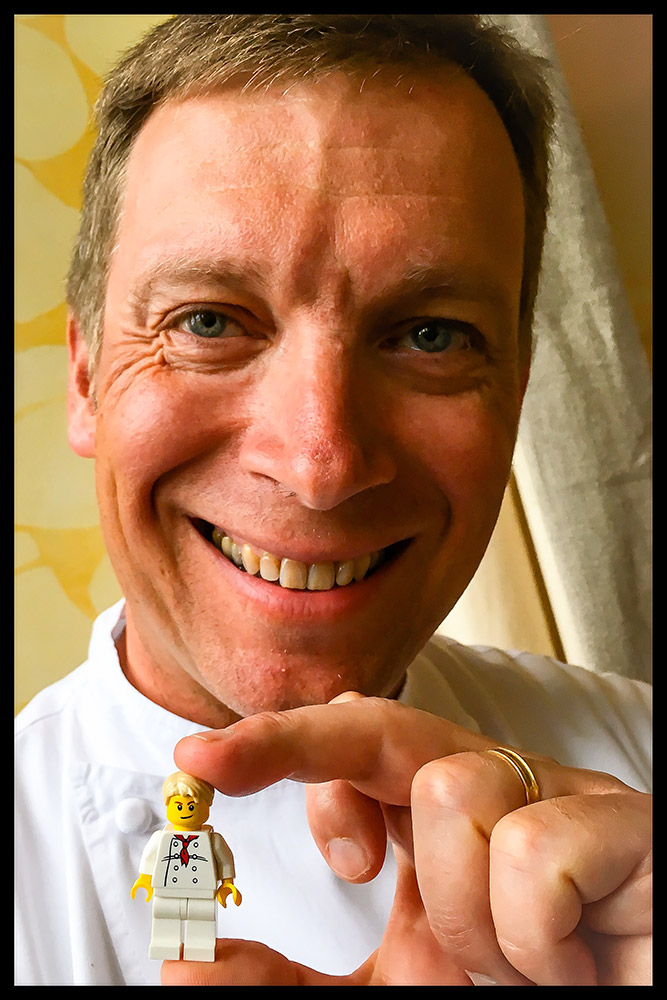 The Crème de la Crème professionals Bake Off team really took mylegoman in to their hearts. Having made Twitter friends with Claire Clark, Cherish Finden and Benoit Blin, I was lucky enough to be invited to Le Manoir for Afternoon Tea by Benoit.

In previous visits to Le Manoir I have always been quite stealth, thinking that it was somewhat ridiculous to put my little army in fine dining and take a photo! However today I was invited to do just that! While sat in car park gigging that this was actually happening a charming man tapped on the window to offer an umbrella and unpack my car! I am not sure what he expected me to have in the boot of my car… but I declined to show him the Wellington boots, dog towel and classic 80’s mix tape…

I am quite shy a bit of an introvert, so be sat in Le Manoir’s sitting room and be introduced to the Hotel Manager, Benoit and their PR team was very much an honour and a day that I wont forget. Benoit came and spoke to us for half an hour chatting about Television, Crème de la Crème and the finer points of my little venture. As other guests began to look over to us, you could see them try to work out who I was… which was indeed hysterical.

Afternoon tea was beyond what I could ever imagine… always served best with Filter Coffee. A selection of beautiful savory treats and then four petit gateaux’s. I say Petit Gateaux’s however they were significantly bigger than a mouthful of extreme excellence! Benoit arrived to our table with petit fours and then we moved on to the macaron course! Lucky with all the chat, laughter and giggles the delights were savored over 4 hours. Not a morsel left on the plate.

All the way home in the car we could not stop smiling about the day, full to the brim of deliciousness. I had the most wonderful of afternoons I could have ever imagined and will be returning very soon to spend some more time with the Le Manoir.