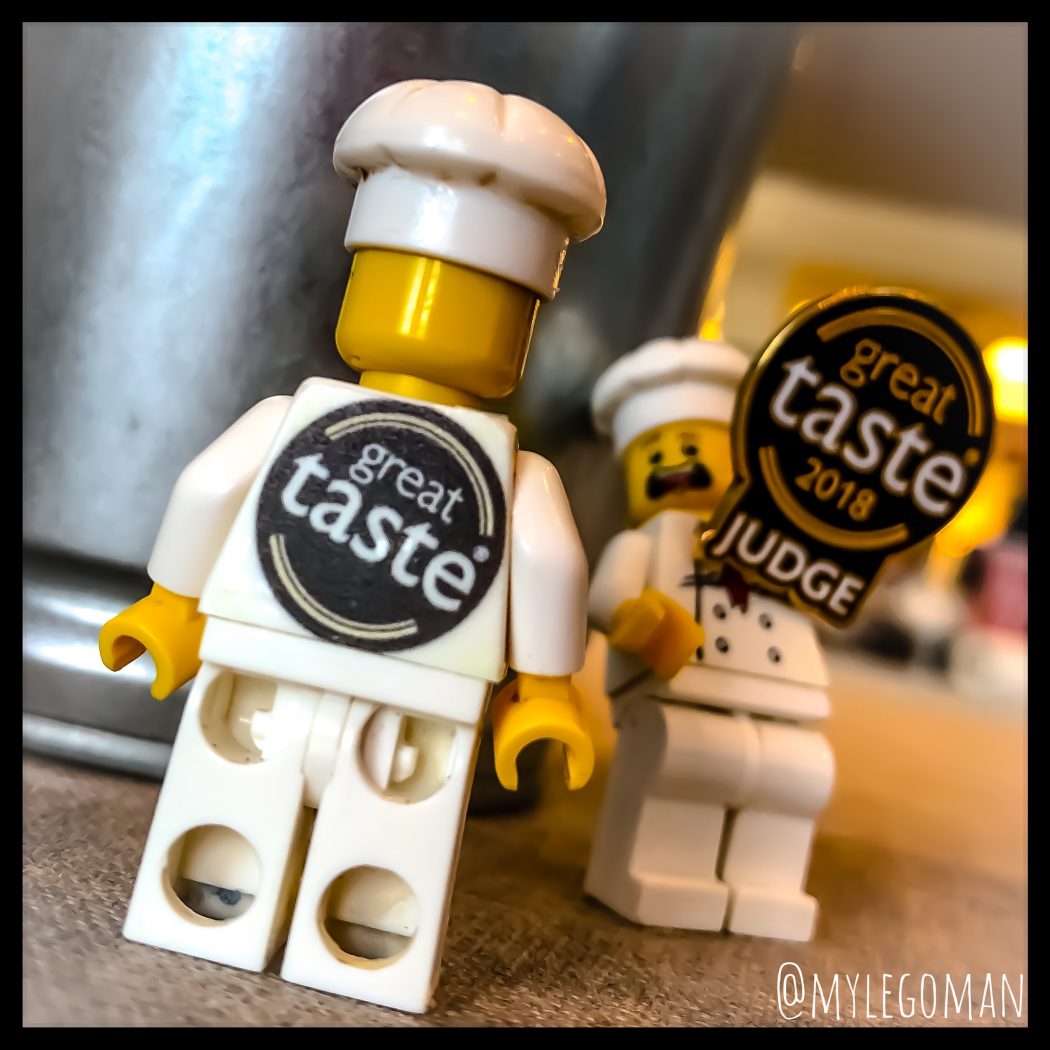 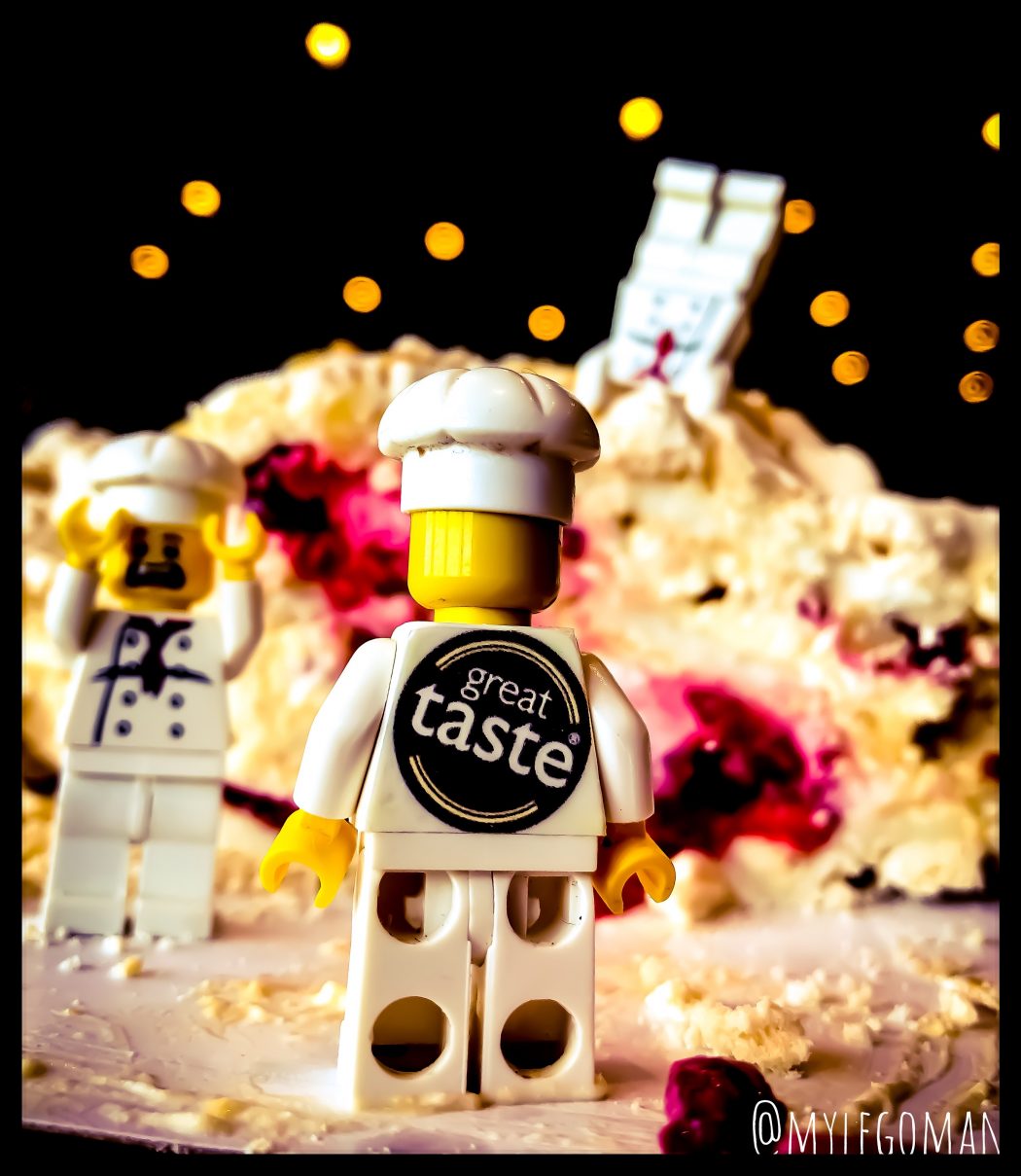 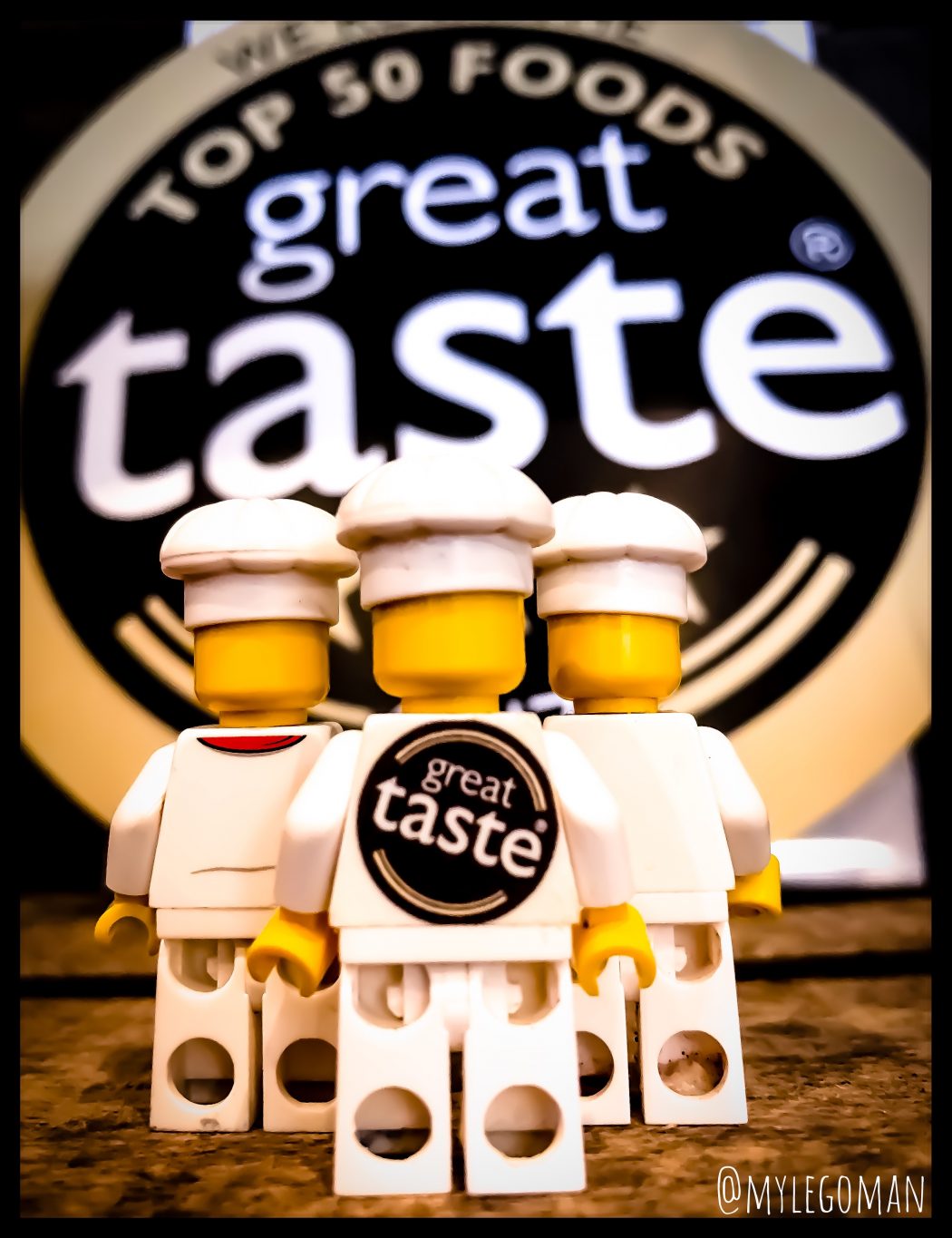 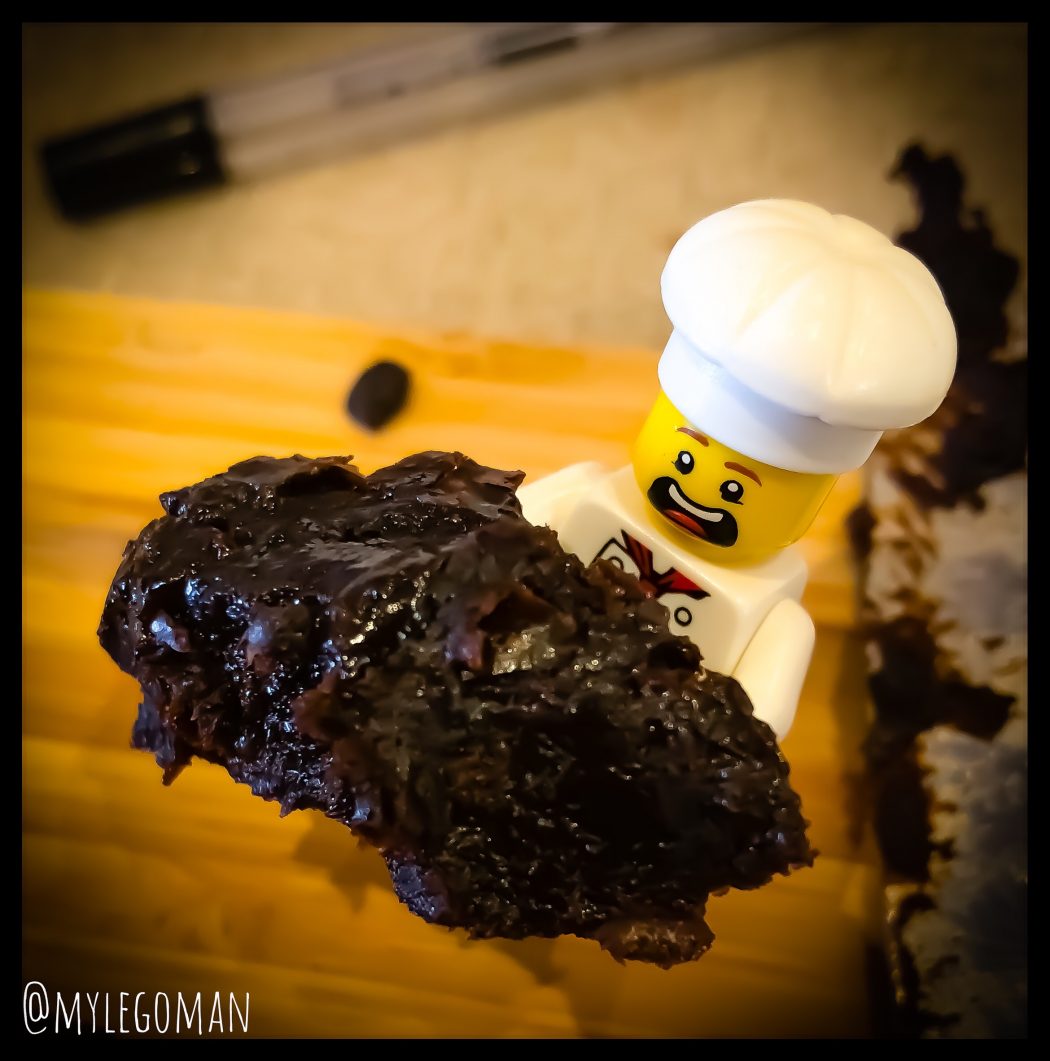 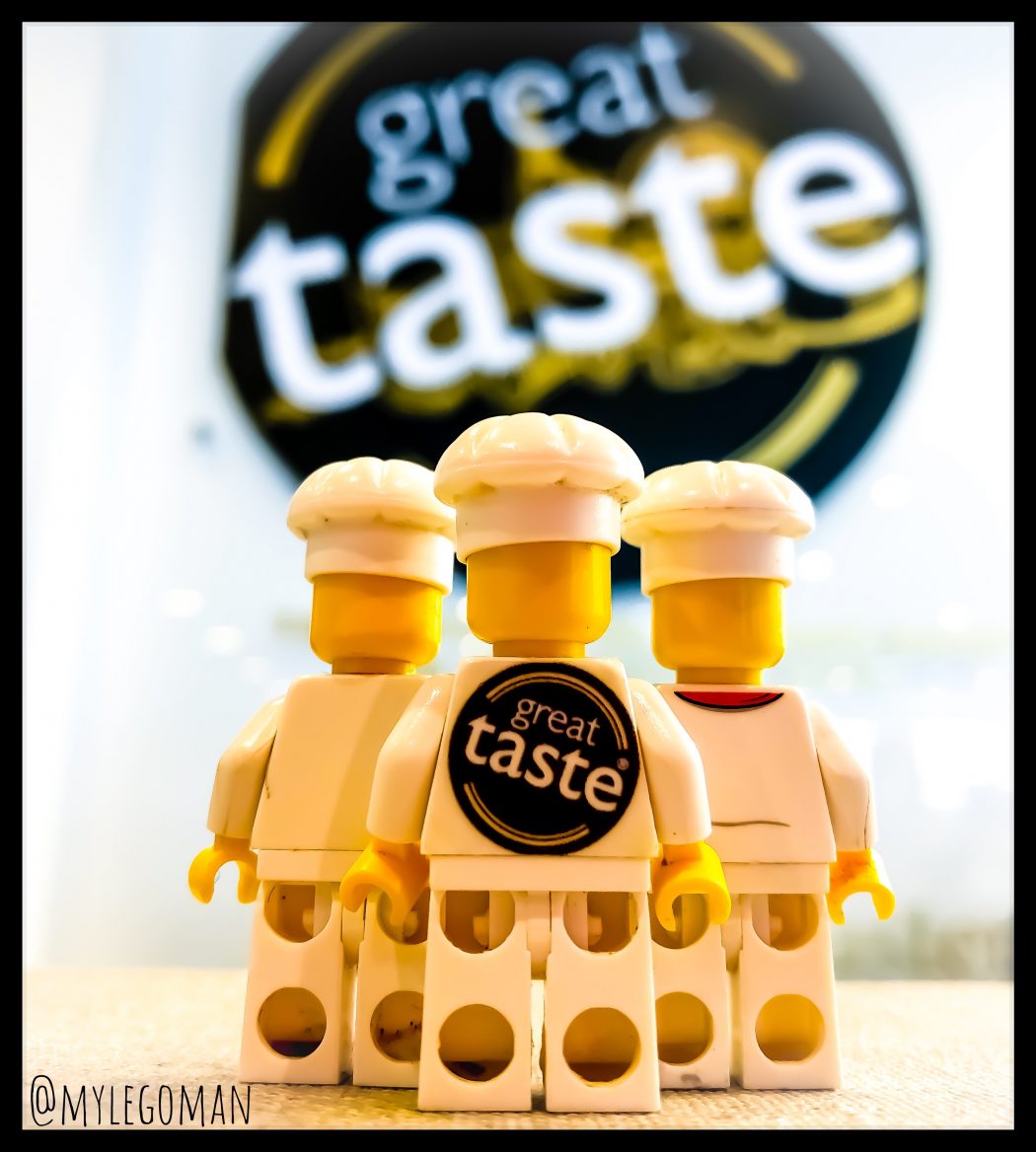 This week I had the honour of being invited to be a judge for the Great Taste Awards. Gird your gateaus as I take you on a whistlestop tour of its origins and why it remains so important today.

Established in 1994 when Blur and Oasis were battling to be Kings of Britpop, Forest Gump went for a little run and a group of friends sat around drinking way too much coffee.  The Guild of Fine Food set up the Great Taste Awards as an accreditation scheme for fine food and drink.

The scheme encourages artisan food producers, benchmarking and accrediting their products through a series of blind tastings.

Simply put food and drink producers submit their goods for tasting, with over 12000 being sampled in 2018.  Then a panel of tasters sample the assorted products and provide feedback. The best goods are awarded different star ratings, which they can proudly display on their packaging.  The rating acts as a indicator of excellent quality and flavour and helps us (the consumers) make informed decisions about the quality of the goods we’re buying.

So onto my couple of days tasting the best the food industry has to offer.

Based at the Guild’s headquarters in Dorset, tasting takes place over three months, with each panel judging around 50 products a day.  The tasting panellists are placed on tables of three or four, much like a wedding party. No one knew each other and after some small talk we got onto the best bit of any wedding – the grub!

We blind taste the product and give feedback to a coordinator, like; ‘flavour could be improved by adding seasoning’, or adversely ‘bit too strong on the spices’ through to texture, smell and biteability (yeh I just made that up).

We then score the product between 0 and 3 stars (although sadly we didn’t get sticker books and top marks from Miss).  It then gets passed to the next tasting table and if their opinion differs from ours, it gets passed on again to another table, and so on.  Think pass the parcel but with no pesky wrapping and sellotape.

It was fascinating to sample so many diverse products and get a view of what makers think are winning formulas.  Trends this year appeared to be; gluten-free, superfood, protein shakes, quinoa and vegan goods, obviously keen to embrace the healthy living angle but somewhat disappointing to someone who loves cake (and pastries and trifle and desserts).  Regardless of health benefits, the ones that stood out were the ones that tasted fabulous – after all, that’s what the Taste Awards are all about.

It was fascinating reviewing the language used in product descriptions.  Some were as simple as ‘meat pie’ but we were also treated to some more poetic descriptions; meadow land, pasture, smoked over, aged in, ripened under and soft mellow undertones.  The provenance of the product can be important but what’s really crucial is the taste. The taste is what you’re searching for and as far as descriptions go, sometimes less really is more but it was enlightening to read how products are described and then taste them.

My Way To The Danger Zone

I would have described myself as a very fussy eater a few years ago, but I’m now prepared to try everything and in the last two years have eaten my way through a petting zoo….

One of the strangest elements of the tasting sessions was that they weren’t categorised, so we sampled meat pie, marmalade, black pudding, pavlova, Cornish pasty, marshmallow, chilli chutney and ice cream one after the other.  Bush tucker trials had nothing on us. Perhaps this is how Heston Blumenthal gets his ideas. Bacon and eggs ice cream anyone?

We also got some ‘surprises’.  There were plenty of good products that failed to tell us about their biggest feature or ingredient, the most memorable being ‘vegetables in a cream sauce enrobed in pastry’ but with the added surprise ingredient of a hit of chilli that made your eyes water……. and your mouth blister.

Meat Petite, The Finest Pie You’ll Ever Want To Eat

I tried everything…. Gave it a go… my bag or not my bag….. the only item I had to take five and come back to sample was a meat pie…. It was a bit of flash back……

As a small child, a mix up at a friends house and a rogue unlabelled frozen pie meant I suffered the terrifying ordeal of being served a meat pie with…………. custard.

This has left me with a life-long fear of anything loitering under pastry.

Unfortunately, my desire/willingness/obsession to sample artisan patisserie was never realised as there wasn’t a trifle in sight.  A trifle oversight methinks. (groan).

I met some amazing people from all branches of the food world; the food writer, the small producer, PR people, chefs, company owners, food business consultants and directors.  I was however unique as the only person who plonked plastic in patisserie for a giggle. Although it may seem strange to see mylegoman included in the panel of judges at the Great Taste Awards, I know my desserts and flavours.  I understand the complexity of being a food producer and the processes, notes, tones, quality and depth of flavours in both desserts and savoury products and I was pleased that others also rated my credentials of all things edible.

When a product zings and it’s a taste sensation it’s a three star.  And wow does everyone in the room know it. It has a magic about it that defines it as a superior product, you can’t put your finger on it but you feel it.  It has a buzz, something you can’t quite define, but it’s calling your name and you can’t wait to experience it.

Exceptional dessert is often hard to find, the chef’s afterthought to satisfy pudding aficionados like me.  I’m keen to seek out a three star dessert/ chocolate/ confectionary and feel that WOWeee flavour! That Ah-ha moment that a food producer has nailed something truly exceptional and so I’ve made it my mission to find all the 2017 three star winners and give them the sampling they deserve.

Having been part of the process I’ll shall be keenly following the progress of the 12 patisserie products that were submitted from the small producers that I work with and I hope to see them gather the coveted three star award later this year.  The Great Taste Awards is a brilliant scheme to spotlight food producers across the UK and I expect a huge spotlight to be shining brightly on the patisserie world as the winners are announced in the summer.

Stay tuned for the winners announcement in August.  (Please let a Golden Fork be awarded to Trifle!).